An act of late night robbery cost Leeds United dear after they staged an heroic display at Old Trafford. Under-strength were denied a blatant penalty in the closing stages when Mark Viduka was clearly fouled by Nicky Butt, yet the Aussie was penalised for an alleged handball. Had a spot-kick been awarded the chance to equalise would have been no more than deserved, but referee Graham Poll bizarrely decided Mark Viduka was guilty of handling and the controversial decision condemned United to a harsh 2-1 defeat. The final score-line wasn't a true reflection on a game which saw dig deep into their resolve and come out fighting when the odds appeared to be stacked against them.

Blind optimism rules over reality whenever make the trip to Old Trafford, but the vociferous travelling support had every reason to feel proud of their heroes on the night. Terry Venables' side played above themselves. They scrapped and fought for every ball and, early in the second half, they tested Manchester United's resolve to the full. When upped the tempo the hosts looked vulnerable and, for all their pretty football, they didn't look too comfortable when they were forced into weathering a storm. Mark Viduka made £30 million buy Rio Ferdinand look distinctly average during the second half while Alan Smith and Nick Barmby ran their socks off as United exposed their hosts' shortcomings at the back.

Mark Viduka was simply outstanding for and he was rewarded for his efforts with a fine headed equaliser midway through the second half after a pinpoint free-kick from Ian Harte. The big Aussie gives an extra dimension and his ability to hold the ball up and allow others to play around him is something that is sorely missed when he isn't in the side. While Viduka supplied the polished finish there was plenty of effort around him and when finally discovered their belief, it took an early goal to spark them into life, they matched their hosts in every department.

Alan Smith snapped and snarled and Roy Keane, again playing at centre back, knew he had been in a game. In the middle of the park, Paul Okon showed some tremendous distribution skills and made a telling contribution. Okon's role had not always been appreciated by the supporters, but he played a number of high quality balls that set up vital attacks and showed there was more to his game than the simple holding role he is renowned for. Seth Johnson proved a good foil for Okon with his all-action approach and you got the feeling that the former youngster would jump in front of a bus if he stood a chance of stopping it. Johnson's attitude epitomised the United spirit because as soon as they caught the sniff of taking something out of the game they battled for everything and gave their all to ensure Manchester United were made to work for everything.

According to the pundits this was a game Leeds might as well not have bothered turning up for because, no matter how long they stayed in the game, Sunday's FA Cup quarter-final clash with Sheffield United would prove too much of a distraction. Those same critics will have been laughing their socks off when the hosts went 1-0 up after twenty minutes and the calculators were already coming out. Paul Robinson did well to save from Nicky Butt at point-blank range, but the ball somehow came back off Lucas Radebe and trickled over the line.

That was the first piece of bad luck to hit , but after an early onslaught it was perhaps only to be expected that a goal would come sooner or later. It did look as though Leeds were paying a little too much respect to the beaten Worthington Cup finalists and that the players maybe believed they were there to make up the numbers. But the goal provoked a fantastic reaction and, after slowly coming back into the contest before half-time, showed their real fighting spirit after the break. For twenty minutes chipped away at their hosts before Mark Viduka's powerful header levelled the scores and gave United fans a glimmer of hope that the twenty-two-year wait for a victory at Old Trafford could come to an end.

The home side responded by playing some neat football, but Lucas Radebe and Teddy Lucic got better as the game wore on and it was difficult to see how the title challengers would force another goal. But there is a golden rule in football that you do not relax against Manchester United because you will get punished for a split-second lapse and paid the price. That vital moment came twelve minutes from time when the United defence were caught sleeping and Mikael Silvestre was awarded the freedom of the penalty area to head home David Beckham's quickly taken free-kick.

It was a costly mistake, but one which should have been rectified ten minutes later when Mark Viduka was clearly impeded in the area yet found himself adjudged to have handled the ball. It was a shocking decision by referee Poll, but one which shouldn't raise many eyebrows. After all, Manchester United have not had a Premiership penalty awarded against them at Old Trafford for three years. The actions of the referee soured what was almost a memorable night for , given the injury problems that have hit the club. The result still leaves United looking over their shoulders nervously at the relegation zone, but if they can maintain this level of performance they will have no problems whatsoever. Despite the defeat, the players received a standing ovation from the travelling fans at the whistle and quite rightly so. 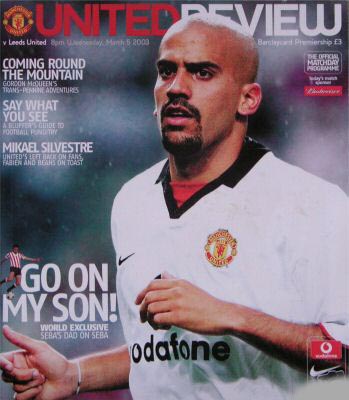 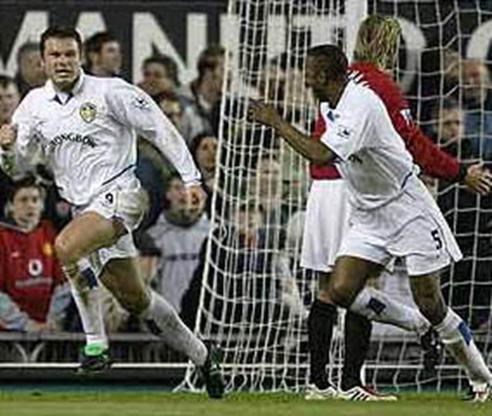 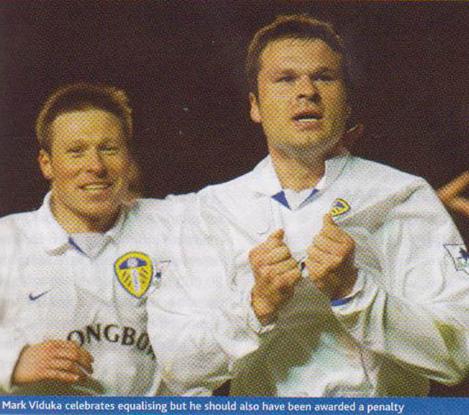 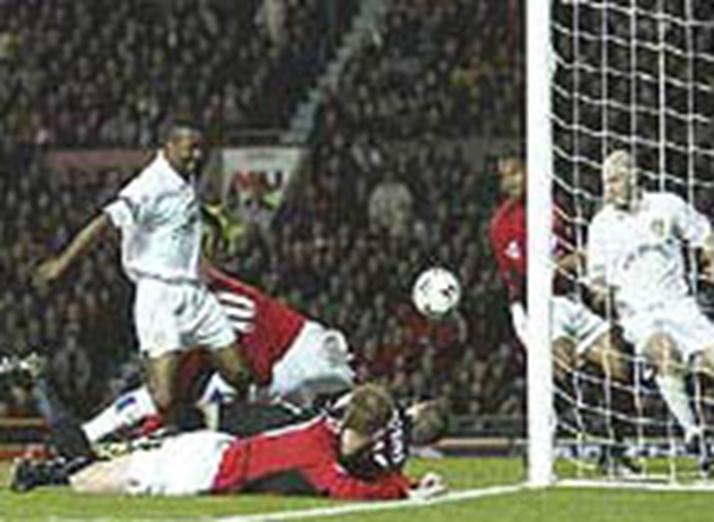 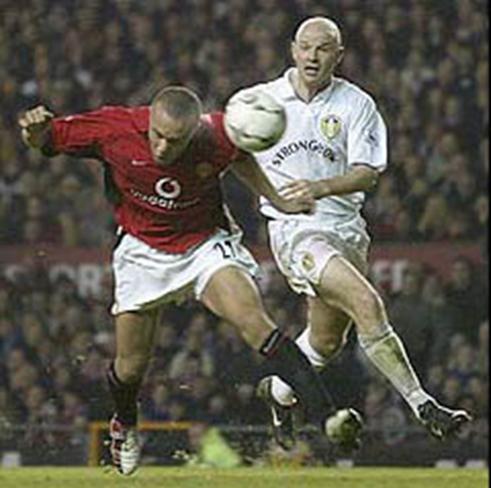 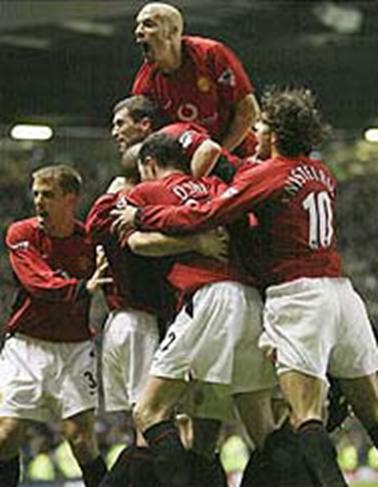 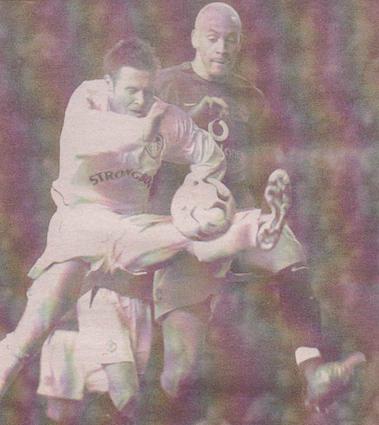 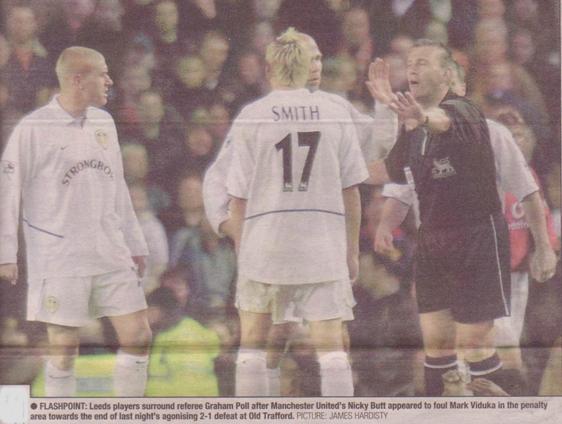 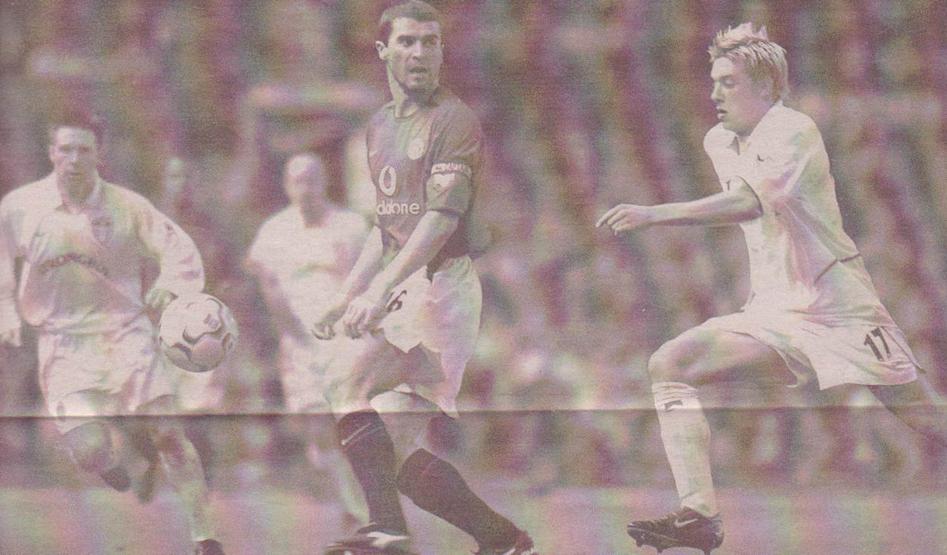 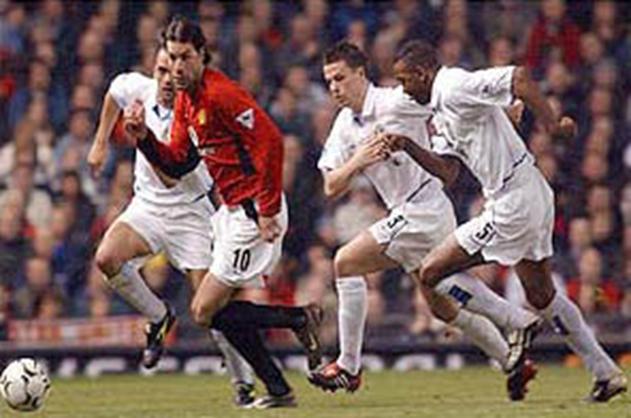 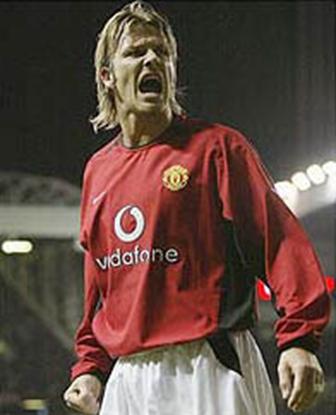 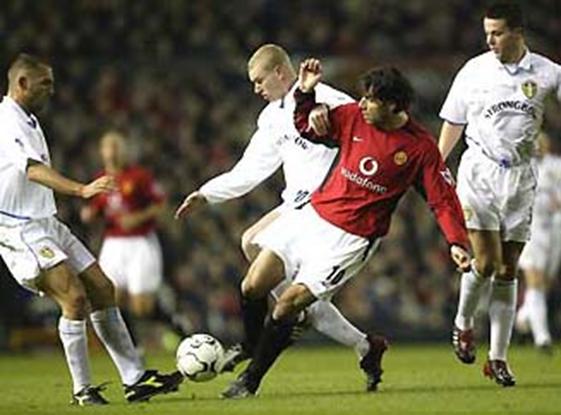 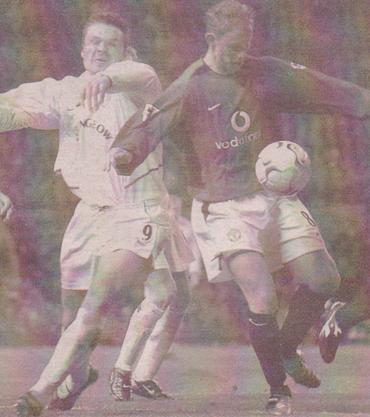 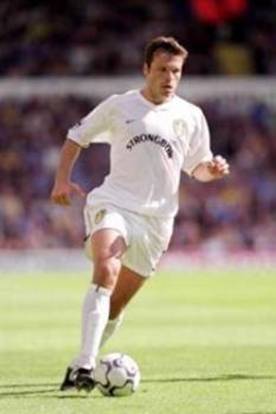 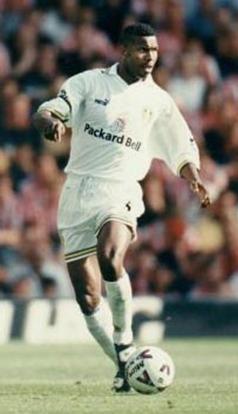 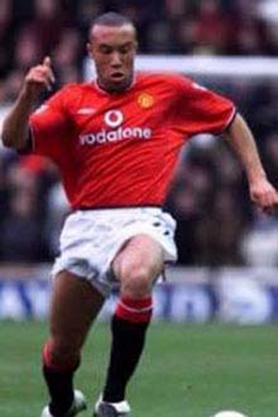 Mark Viduka equalised an own goal from Lucas Radebe, but Mikael Silvestre headed the winner 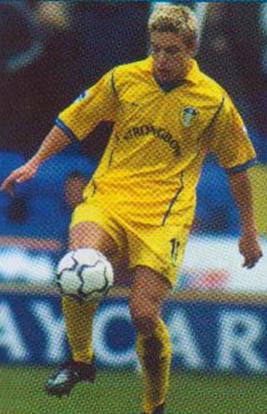 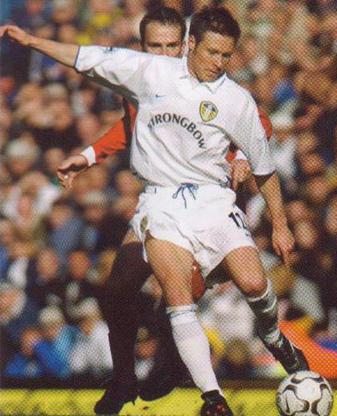 Alan Smith and Nick Barmby ran their socks off. Paul Robinson was unlucky to concede an own-goal after a great save 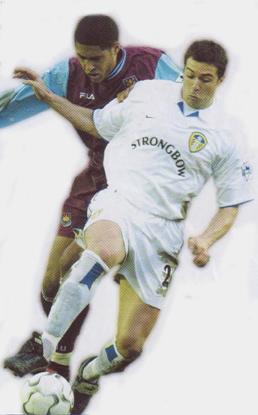 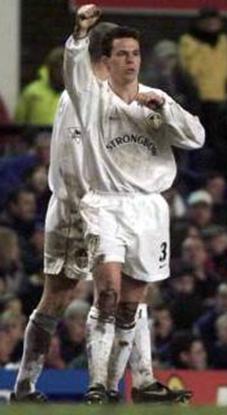 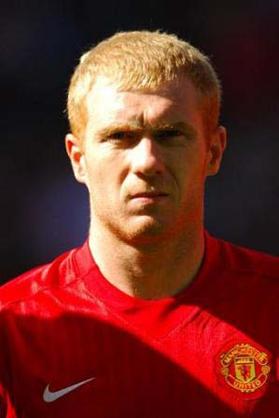 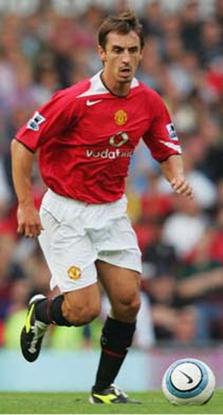 Manchester’s big guns Roy Keane, Juan Sebastian Veron and Paul Scholes were back and Gary Neville came on as a substitute 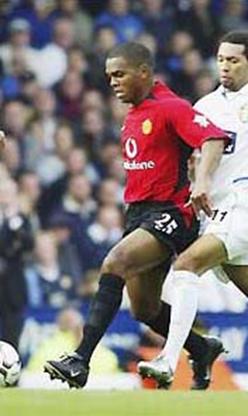 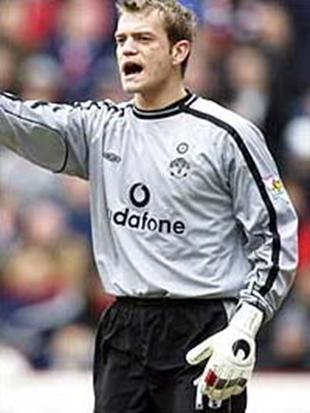 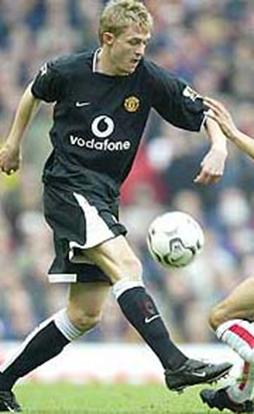