This was the first game United played under the short term management of Brian Clough and he led the reigning champions onto the Wembley turf to face Cup-winners .

The game would be more famous for the sending off of Billy Bremner and Kevin Keegan and after marching off bare-chested the pair were given a lengthy suspension for bringing the game into disrepute, which did not help United’s chances of retaining their championship nor the aspirations of Brian Clough.

The game ended all square and triumphed on penalties after goalkeeper David Harvey fired over with his attempt from the spot.

From the sneaky stamping of toes, to the outrageous tackles from behind that give FIFA nightmares, charity was in short supply in 1974. In a thoroughly enjoyable, ill-tempered affair Billy Bremner and Kevin Keegan became the first British players ever to be dismissed at Wembley and took their clothes off for good measure.

The unashamed display of violence came to a head when Bremner and Keegan were dismissed after the hour for trading punches in true playground style. In the climate of tough 1970s football, both players felt they had been harshly treated and for no good reason took off their shirts, flinging them on to the Wembley track. One spectator refused to enjoy the fun. He tried to have the red-headed Bremner and feather cut-flaunting Keegan charged with a breach of the peace, but a magistrate refused to issue a summons.

The FA were less lenient, fining both players £500 and banning them until September meaning they would miss a staggering eleven matches. It was the first Charity Shield ever to be shown on television, and the chairman of the disciplinary committee, Vernon Stokes, admitted that the punishment might not have been quite so severe if the match had not been played at Wembley and shown to the viewing millions.

With the players too busy kicking each other to notice, the match petered out to a 1-1 stalemate Phil Boersma had opened the scoring for in the twentieth minute, but Trevor Cherry headed home equaliser in the seventieth. The goals were just a distracting sideshow to the violence though.

The game went to penalties and, with the scores balanced precariously at 5-5 in sudden death, bizarrely chose their keeper David Harvey to go next. duly obliged by thumping the ball over the bar. Ian Callaghan smashed home the winner for , but the match will be remembered only for the ridiculous sight of Keegan and Bremner's bare-chested outrage. 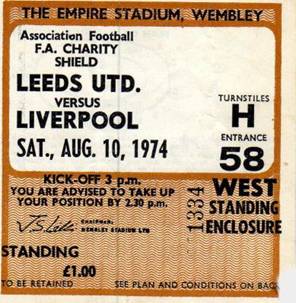 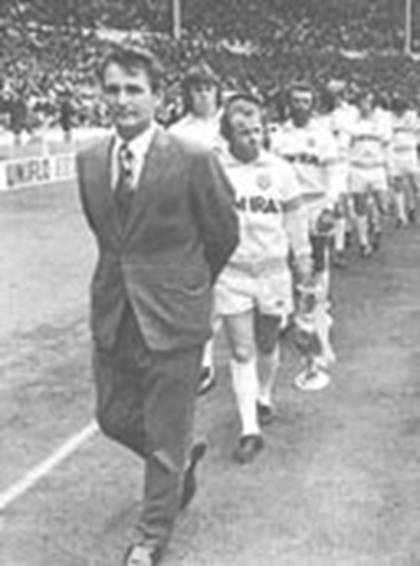 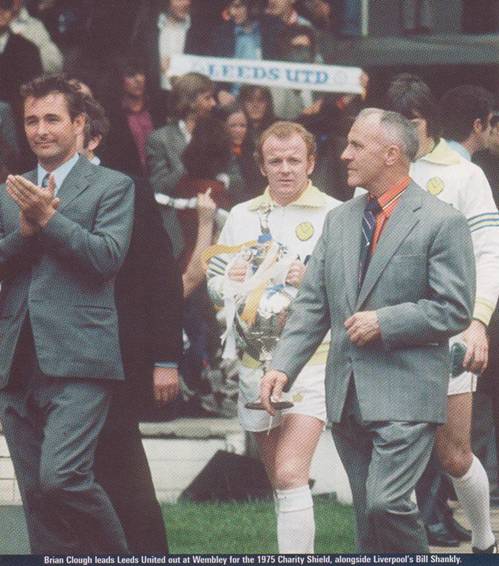 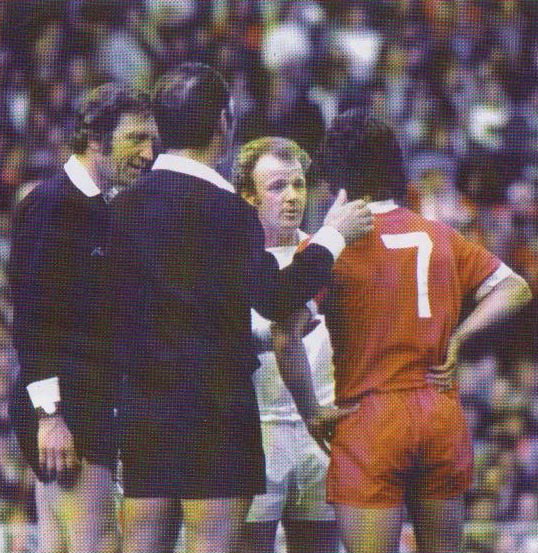 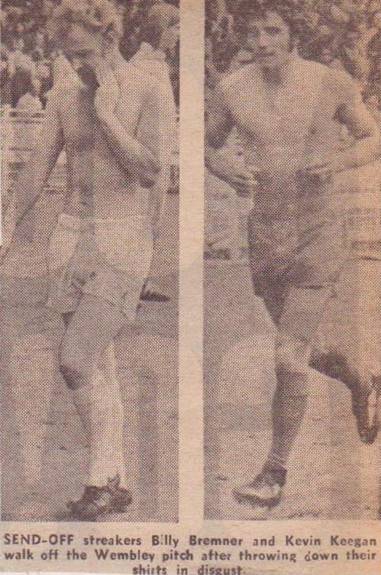 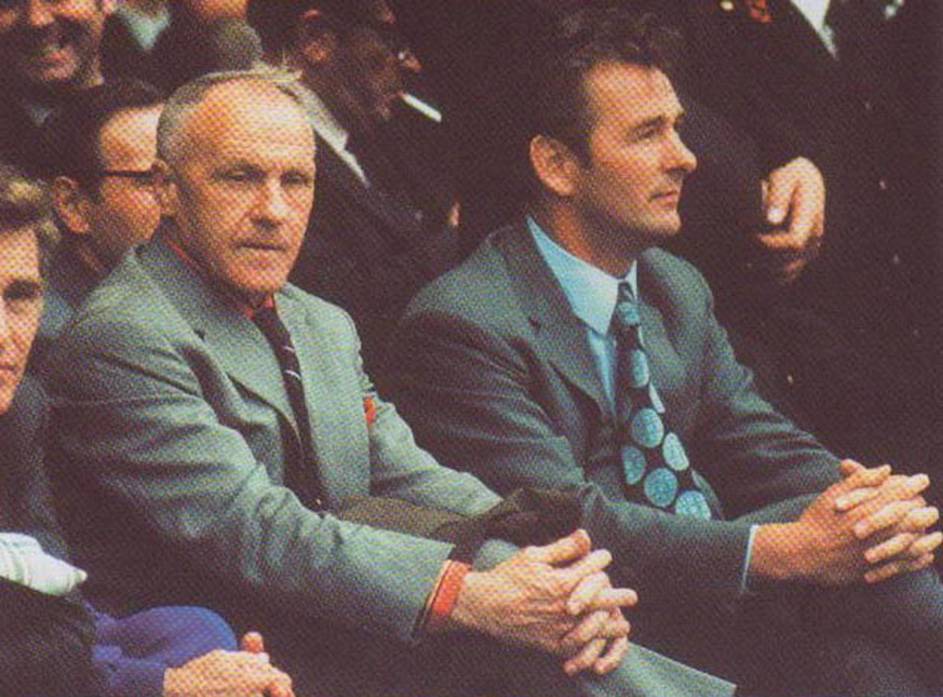 Bill Shankly and Brian Clough are not amused 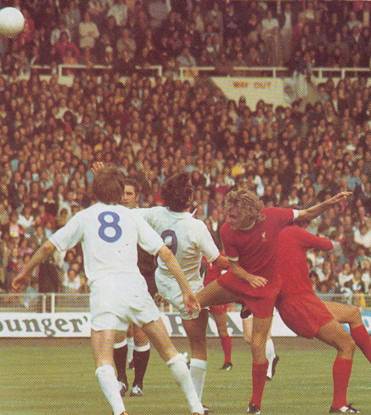 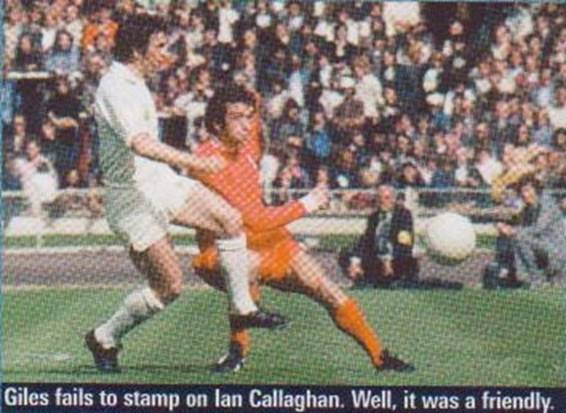 Clarke and Jordan tussle with Thompson and Hughes 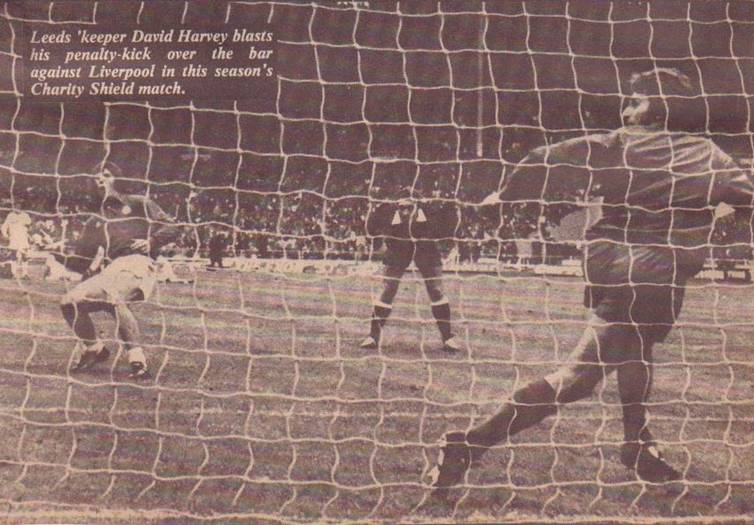 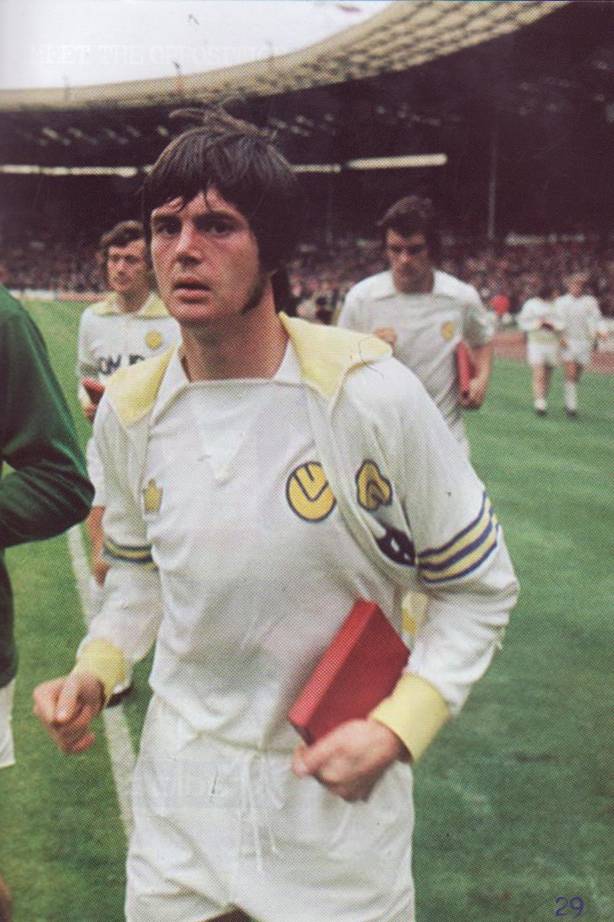 Duncan McKenzie leaves the field with his momento 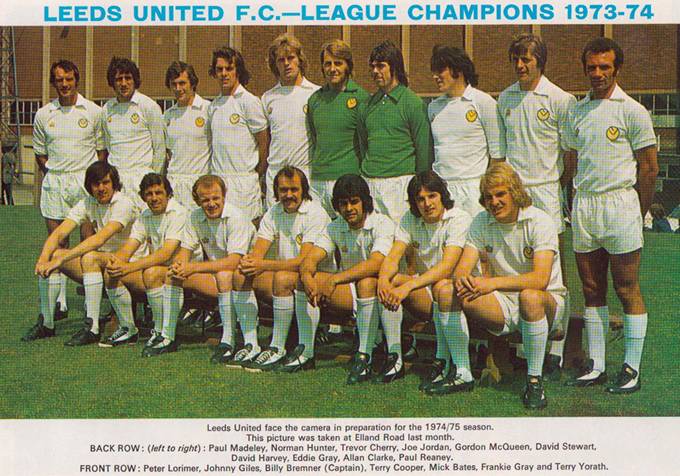 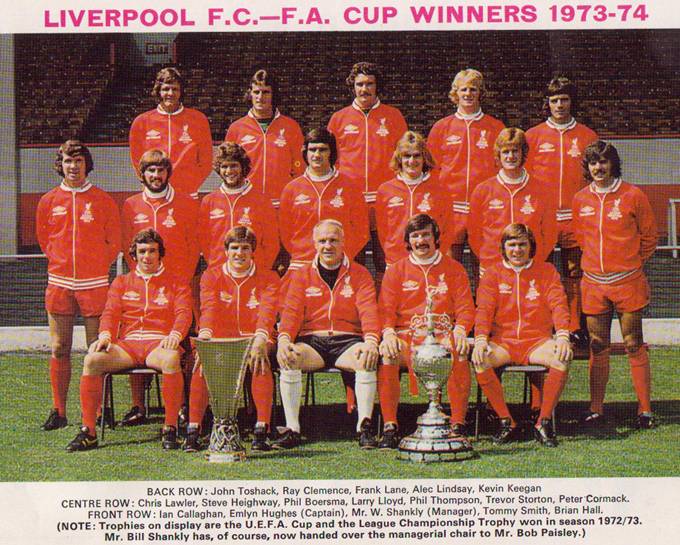 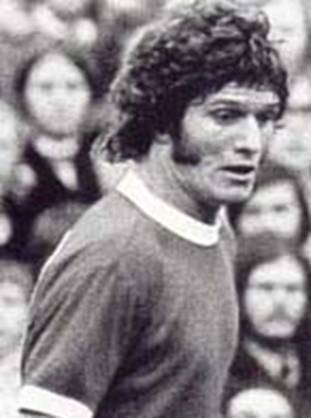 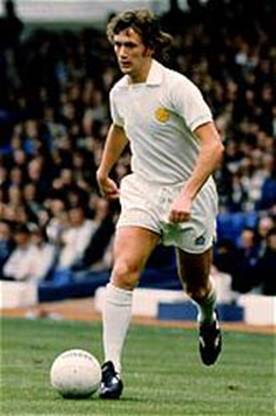 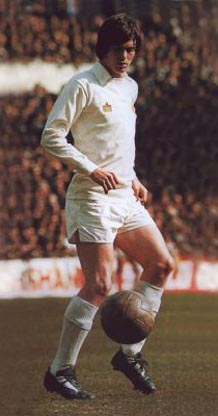