After such an impressive return to the First Division, United were tipped as title contenders by several pundits, particularly as the side had been strengthened by the arrival of left-back Tony Dorigo from and England Under-Twenty-one forward Rod Wallace from .

The championship race was developing into a two-horse affair between the Uniteds of Leeds and . The men from Old Trafford struck a psychological blow four days before the League game at Hillsborough by knocking out of the Rumbelows Cup. But , despite the absence of inspirational skipper Gordon Strachan (injured) and David Batty (suspended), stormed back to the top of the First Division with a blistering attacking display televised live by Sky TV.

Wednesday had not lost at home for fourteen matches, but Howard Wilkinson, back at Hillsborough for the first time since leaving the Owls to manage United, had a glorious return. To rub salt into ’s wounds, the scoring feast was spearheaded by another Wednesday old boy, Lee Chapman, who netted the first hat-trick on away soil by a United player in twelve years. It took Chapman just nine minutes to open his account, forcing home Chris Fairclough’s headed knock down.

After that United took total control with Rod Wallace and Tony Dorigo creating havoc down the left. It was no surprise when Dorigo thumped home a twenty-five yard free-kick on the half hour to increase United’s lead, but Wednesday briefly crept into the game via a controversial thirty-seventh minute penalty.

Gordon Watson went down exaggeratedly and spectacularly with no contact from any player and referee Philip Don pointed to the spot. Up stepped former United player John Sheridan, whose spot kick was pushed onto the post by John Lukic but bounced fortuitously for the Irish international to net the rebound.

Leeds were in no mood to feel sorry for themselves and two minutes before the interval Lee Chapman headed in Gary Speed’s superb left wing cross to restore United’s two goal cushion. Chapman completed his hat-trick on sixty-five minutes, when he nodded in from close range after a Gary Speed header came back off the bar. Four minutes later a towering header by substitute Mike Whitlow made it 5-1.

Leeds were in irresistible mood and Wallace wrapped up the scoring four minutes from the end when he cut through the Wednesday defence and clipped the ball past Chris Woods. It was United’s best away victory since their 7-3 thumping of fifty-six years earlier, and although they were knocked out of the FA Cup by Manchester United the week after their Hillsborough super-show, they were in position in the race for the championship. 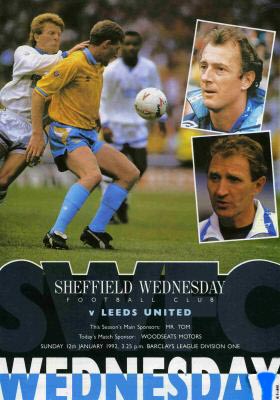 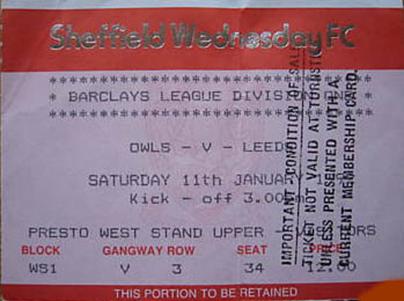 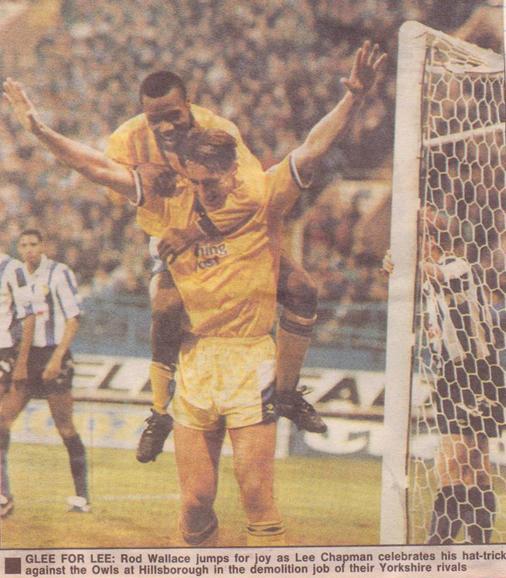 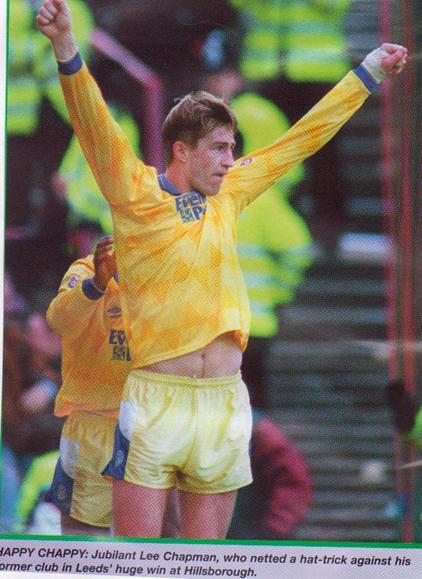 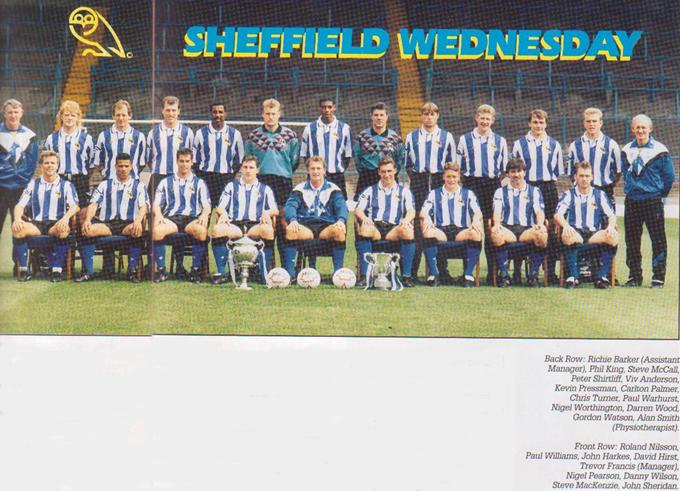 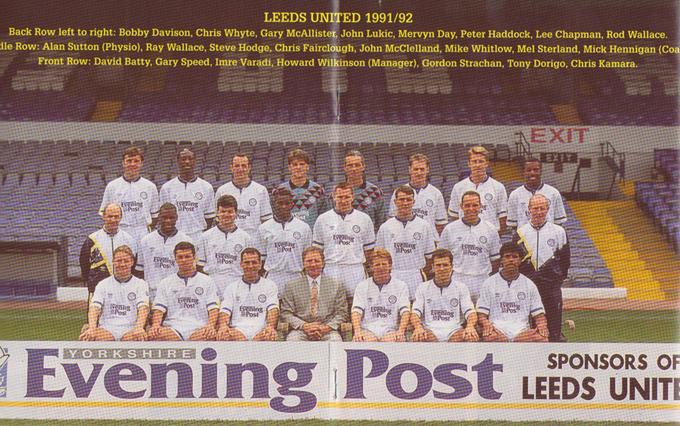 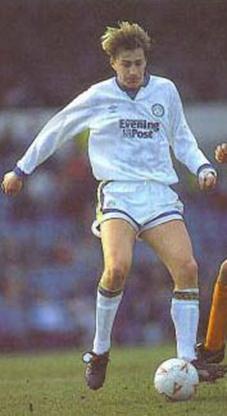 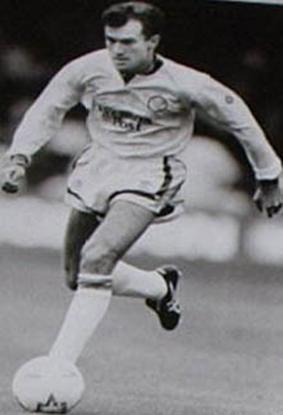 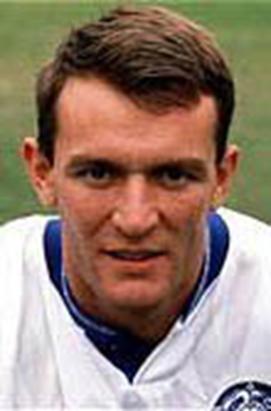 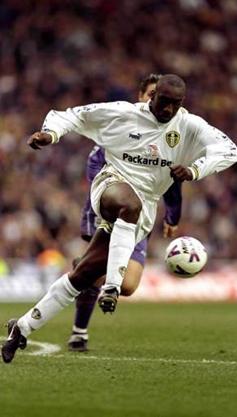 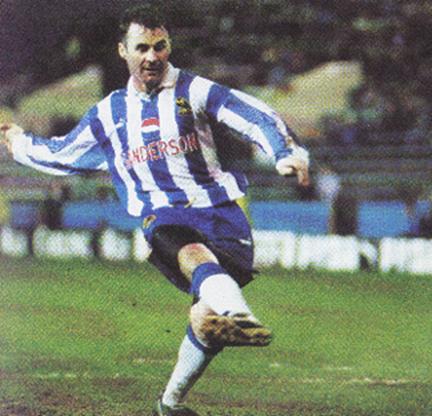 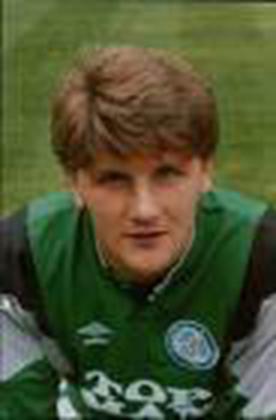 and Rod Wallace scored for        Ex-Leeds player John Sheridan replied for Wednesday from the spot but John Lukic almost saved it. 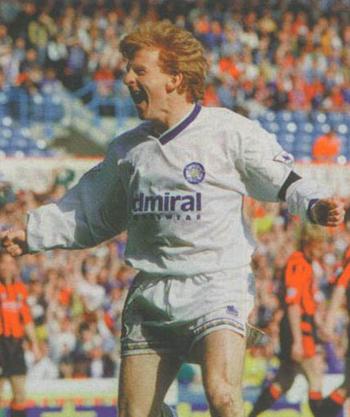 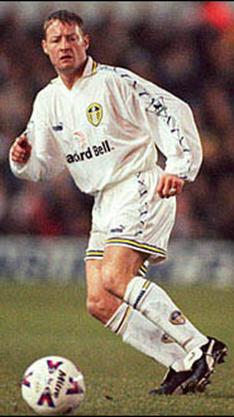 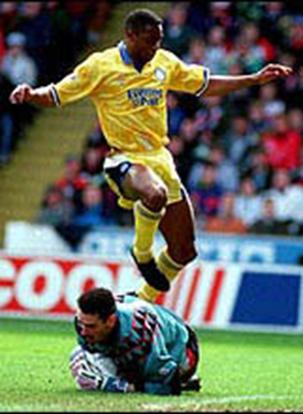 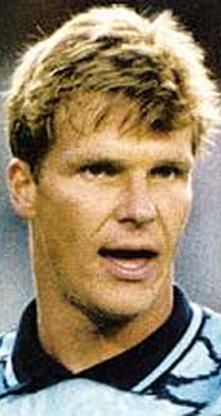 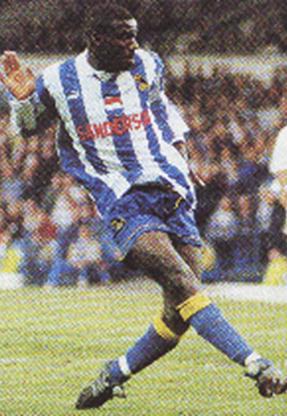 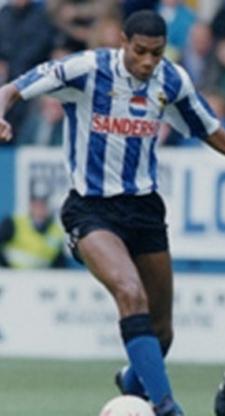 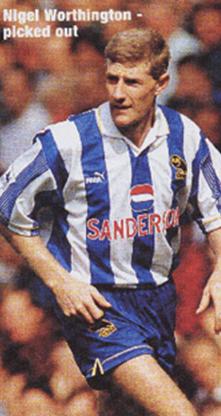 Chris Woods was in the                   With John Sheridan in midfield were Chris Bart-Williams, and future United players 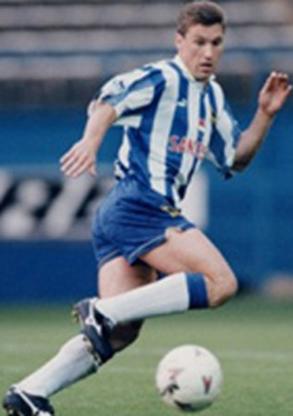 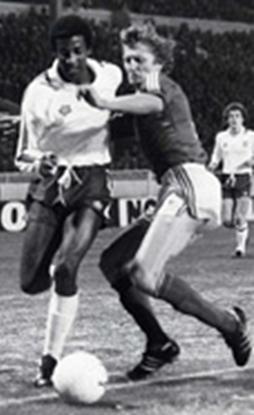 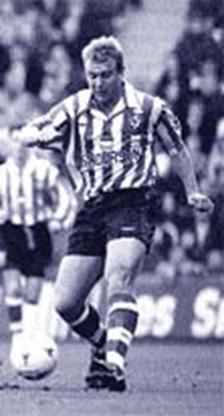 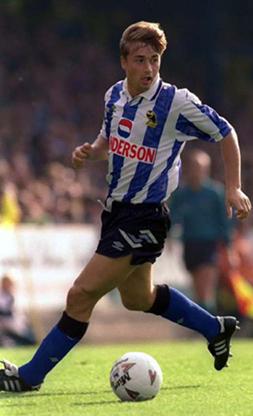 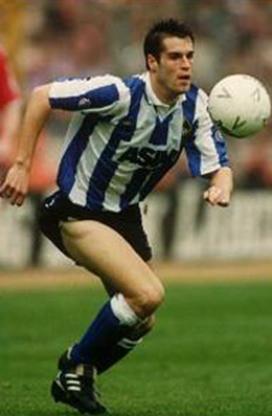