As September headed towards autumn, United's promotion challenge was just getting off the ground. Two wins from six games wasn't what the pre-season pundits had expected from Howard Wilkinson's expensively assembled side and the fact that they hadn't lost since an opening day 5-2 humiliation at Newcastle was a fact skated over by many. Wilkinson had revamped the look of United and had brought in a number of seasoned campaigners in readiness for a serious assault on the division. The manager had already had almost 12 months at the helm to assess the situation and, after splashing the cash on Gordon Strachan and Chris Fairclough, he was boosted by a summer war chest to turn the dream into reality.

defender Mel Sterland, Irish international Jim Beglin, former winger John Hendrie, star John McClelland and the notorious Vinnie Jones were among the summer arrivals. It was a bedding-in process and by the time came to town wins against and were balanced out with hard-fought draws against , and . It was a solid start and , who were taking on the look of a well-drilled, well-organised outfit, were slowly starting to get into their stride.

were perennial promotion chasers, they had lost in the play-offs the previous season, and were again well-placed to make a challenge at the business end of the Division. Despite a 1-0 success at the week before, United's lowest crowd of the season turned out for the visit of the West Country side and those there were privileged enough to see the highest win of the season.

Gordon Strachan took the honours with a stunning hat-trick while Bobby Davison netted his fourth goal of the season to complete a 4-0 mauling of the Robins. Davison bagged himself a typical goal, but Strachan's treble was one which will stay long in his memory. There was the trademark right foot shot and a penalty, but the Scot also netted a real collectors item. A long range shot from Hendrie rattled the bar and Strachan was on hand to head home the rebound from just inside the area prompting him to admit: "Headed goals are rather unusual for me."

It was an easy victory which was only marred by an horrendous challenge from defender Jon Gittens on John Hendrie. Gittens sent Hendrie flying into the air with an awful two-footed lunge and the tearful Scot was stretchered from the field long before half-time. It proved a damaging injury for new signing Hendrie, he didn't return until December, but he still played a major part in United kick-starting their season. The game proved a catalyst and won seven of their next nine games to take the Division by storm. 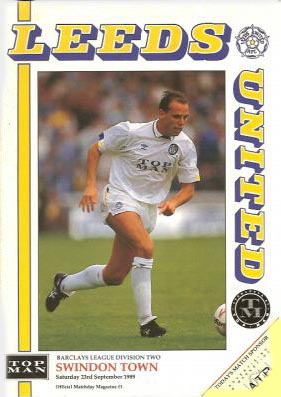 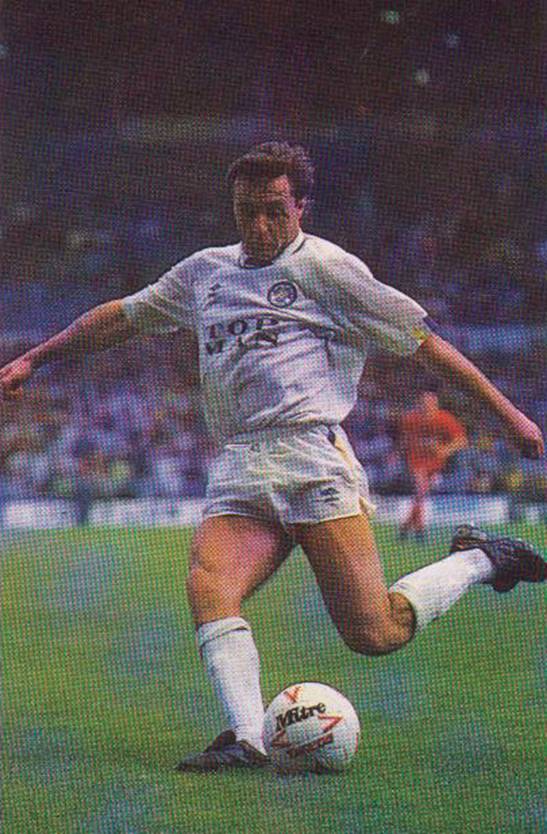 goal with his head 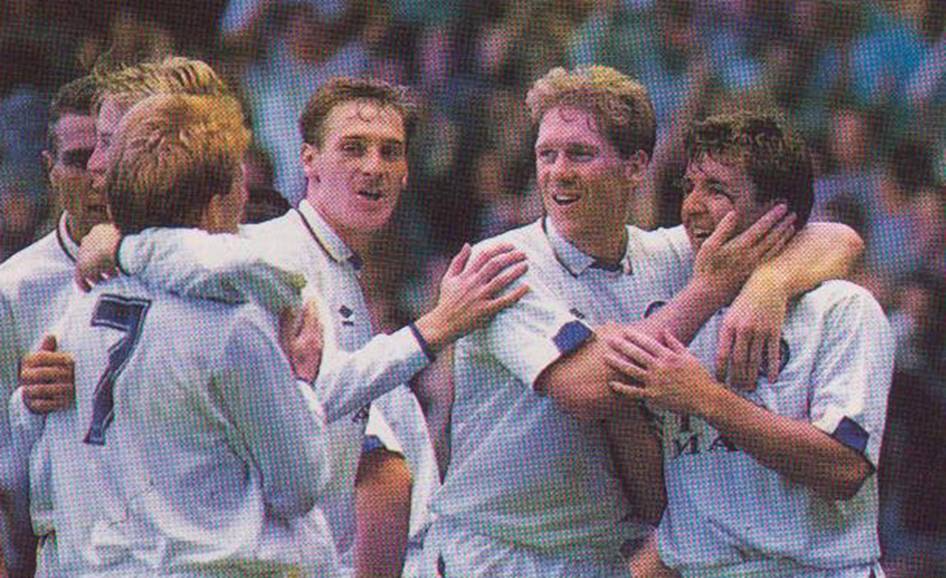 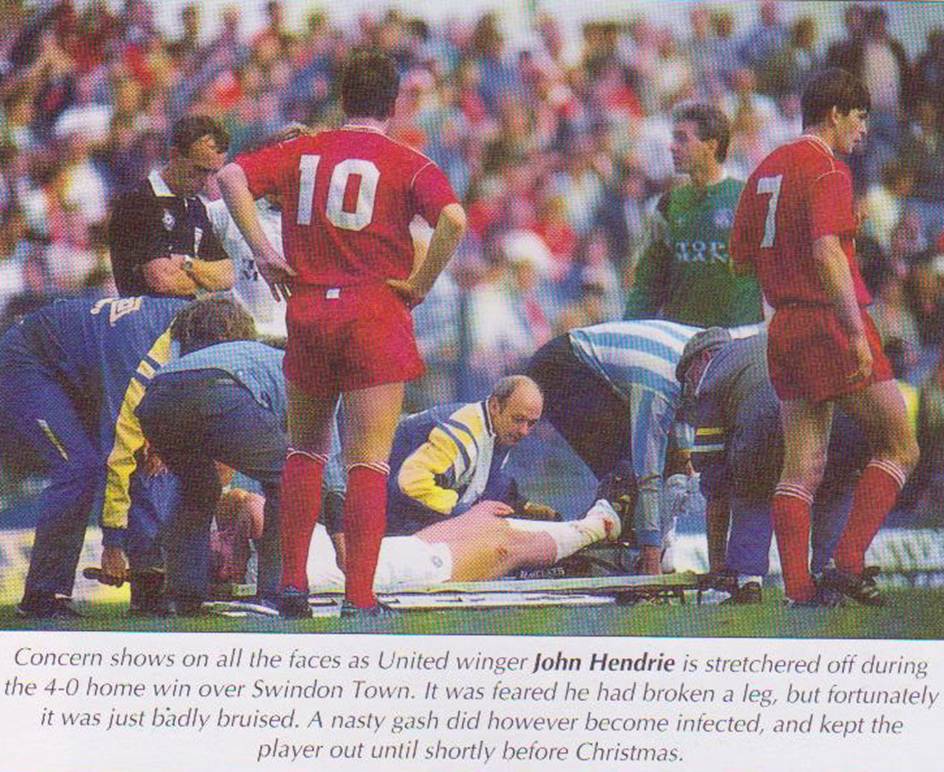 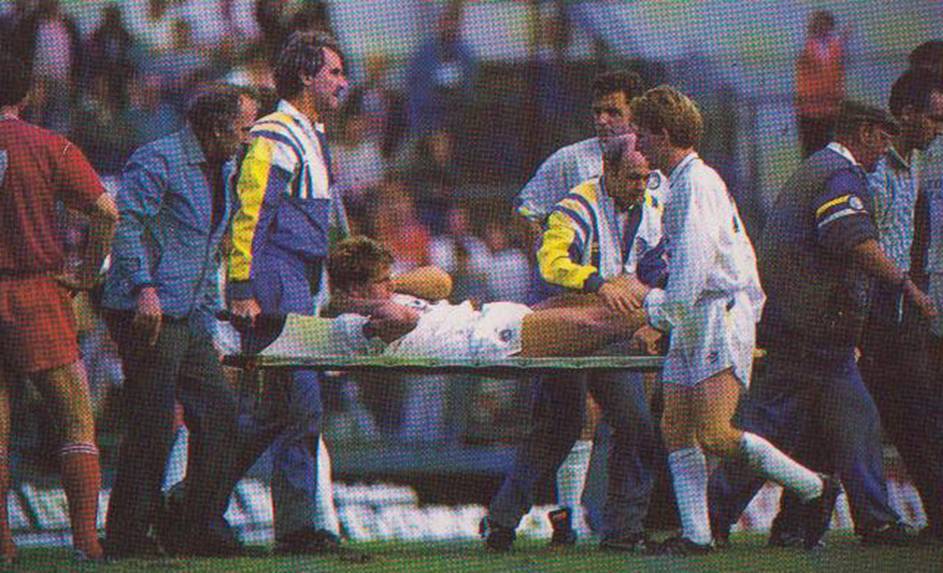 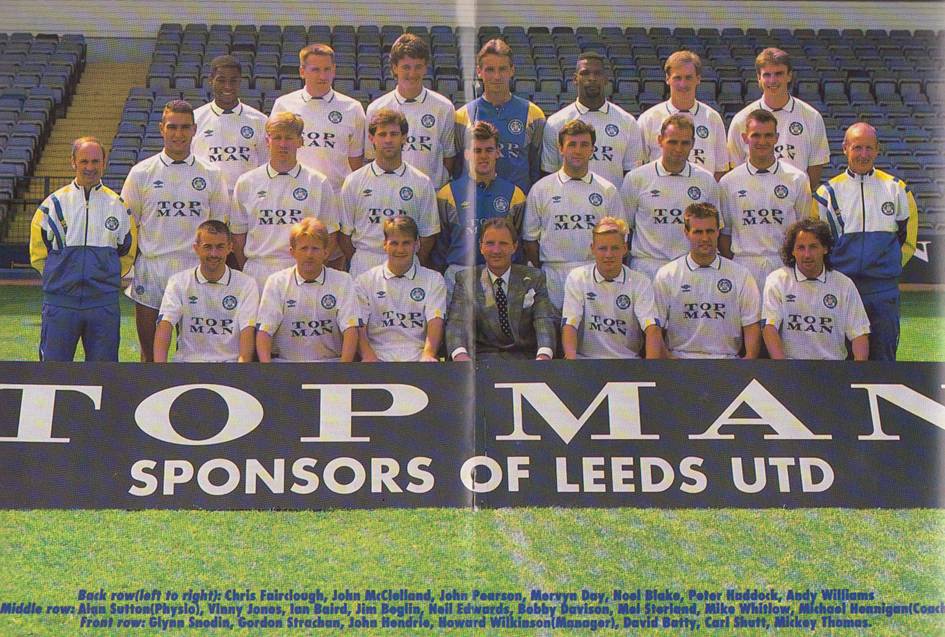 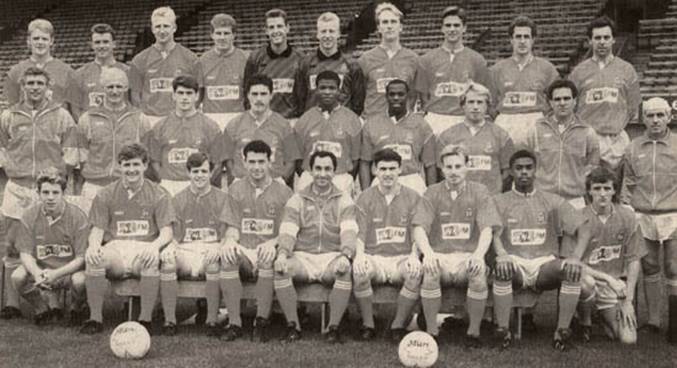 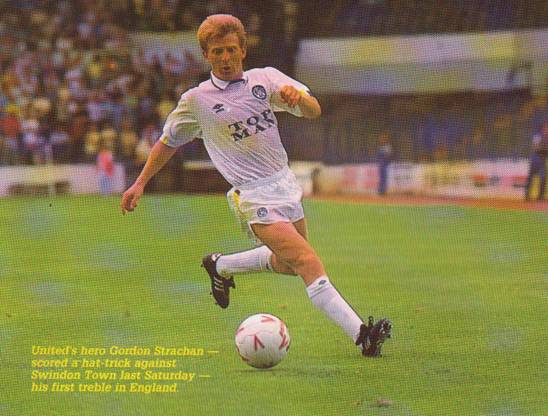 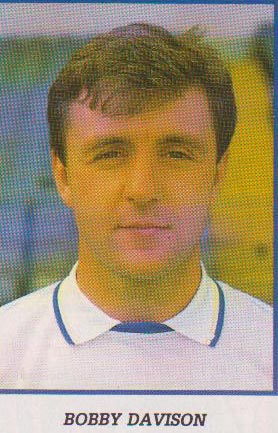 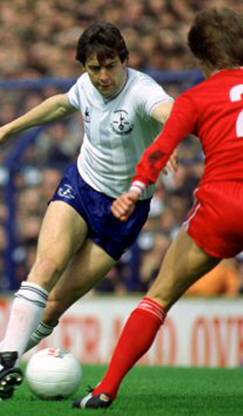 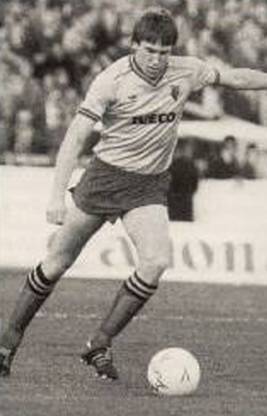 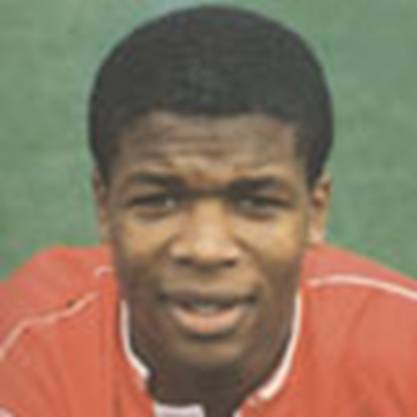 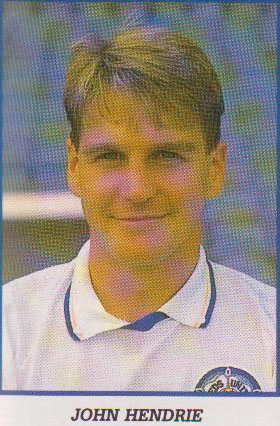 Jon Gittens made an horrific tackle on John Hendrie, which resulted in him being carried off and being              Andy Williams came on as substitute

sidelined for a long period.