In the season1932-33, Arsenal, who were the outstanding team in the Football League, and were involved in a titanic tussle for the leadership of the First Division. The battle reached its zenith over the Christmas period when the two teams met at Highbury on Boxing Day and the next day at .

To everyone’s surprise it was who triumphed at Highbury by 2-1, with Charlie Keetley getting both goals in front of a huge 55,876 crowd, while Joe Hulme scored for Arsenal, who had gone into the game with a six point lead at the top of the table. This set the scene for the next day, when everyone wanted to see the return fixture at and the crowd of the previous day was exceeded and a new record attendance for was set at 56,796.

For safety reasons the gates were locked and hundreds clambering on nearby house roofs as well as the Peacock Public House and various vantage points on Beeston Hill, in an attempt to get a glimpse of the action. The record was to stand for 35 years. Victory would have strengthened United’s championship aspirations but they were held to a goal-less draw by the star-studded Gunners.

Arsenal went on to take the Football League Championship that season and were so dominant and overwhelming of all opposition that they went on to complete a treble by winning the Championship again in 1933-34 and 1934-35.

Centre Forward Jack Lambert was a former player, who only managed just the one appearance for United but in the season 1932-33 amassed twelve goals in only fourteen appearances for Arsenal. It is believed it was Lambert who was centre-forward in the game and that Arsenal played their usual team. Small wonder that a record crowd was on hand to witness the two best teams in the land that Christmas.

Unfortunately United fell away in the New Year and could only manage eighth spot. This was nevertheless, apart from 1929-30, the highest position achieved by LUFC until a John Charles inspired United equalled it in 1956-57, and Don Revie took United to another level in 1964-65. 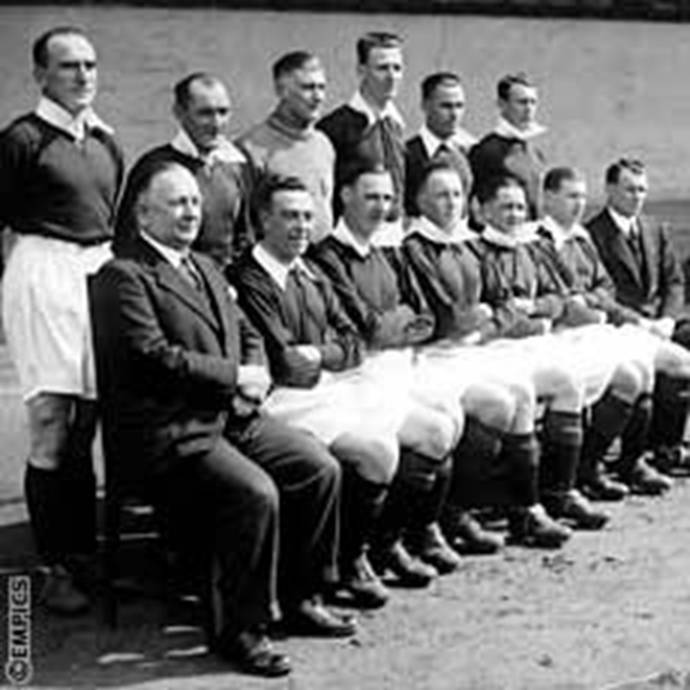 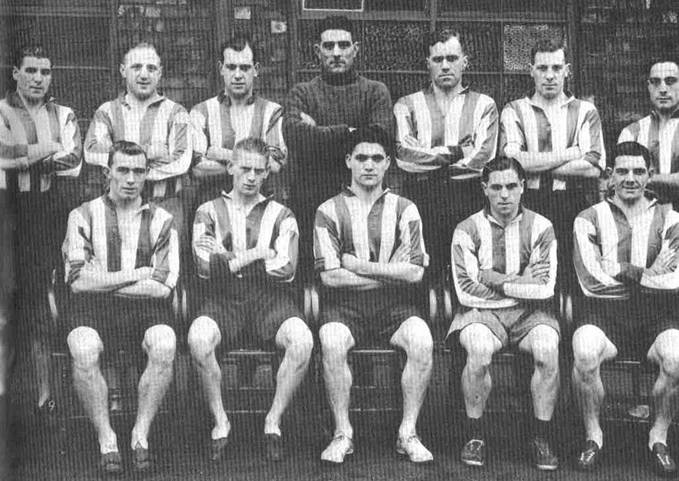 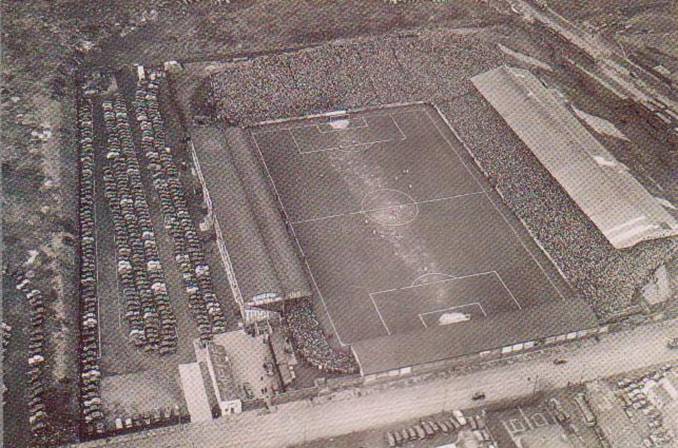 Unfortunately no Photograph of actual game: This is in January 1950 with another 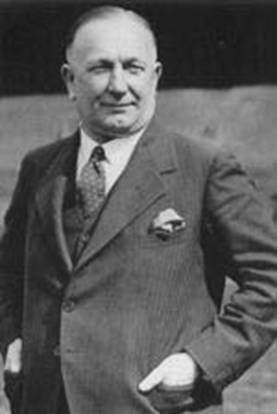 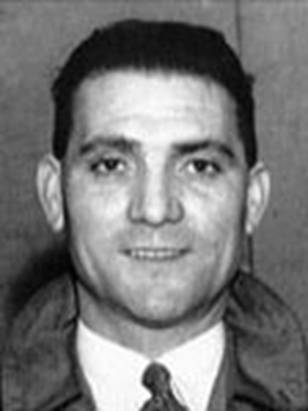 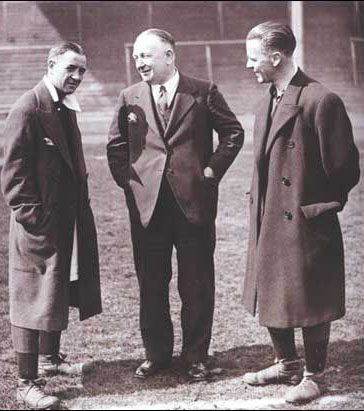 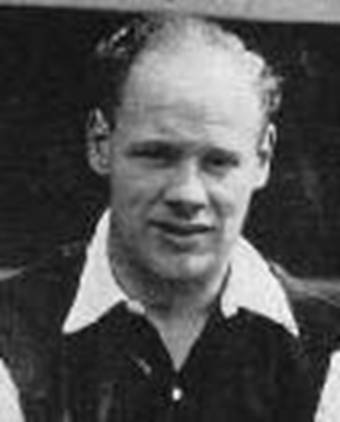 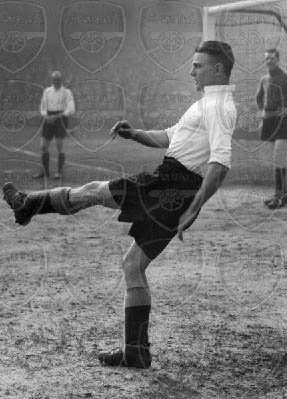 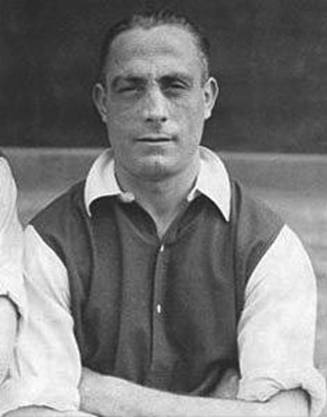 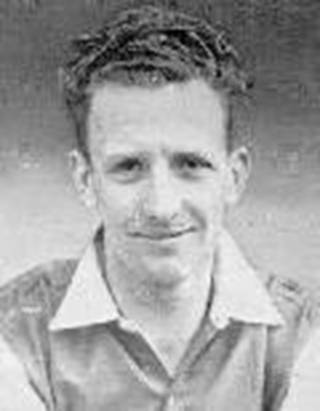 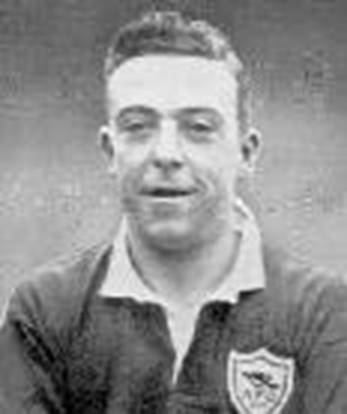 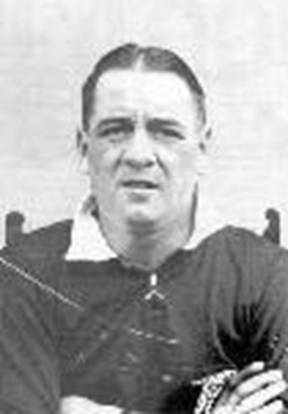 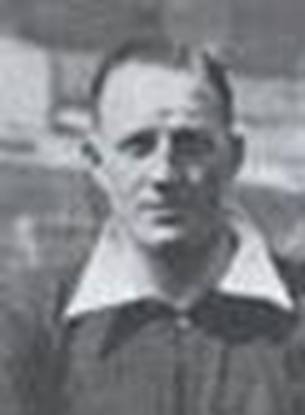 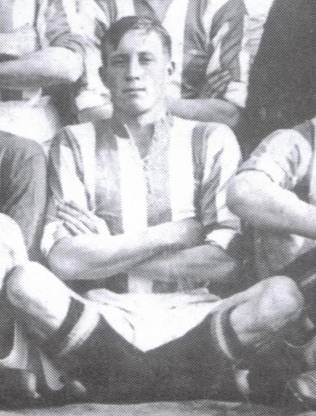 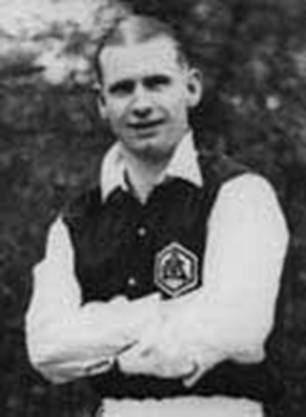 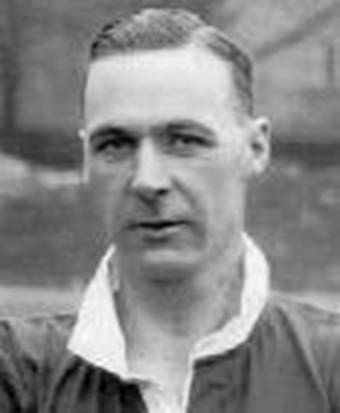 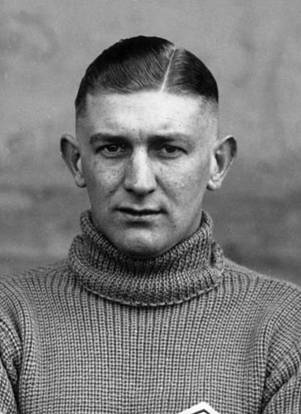